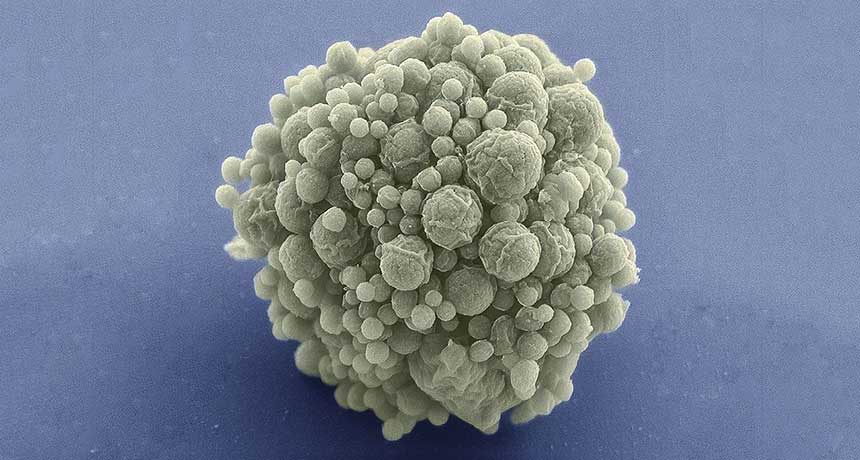 At a
biological level, what is the minimal number of genes needed to sustain life in
an organism? That is a question that is being asked by a group of scientists
who have been engineering the genome of the bacteria known as Mycoplasma mycoides. For a few years, the team has been taking genes out and rearranging the order of
the genome within this bacterium. In 2010, they engineered a strain called
JCVI-syn1.0 which contained only 901 genes. That is a relatively small genome
considering that a typical strain of Escherichia coli (E. coli) has
approximately 5400 genes; but JCVI-syn1.0 was not yet minimal. A new strain,
created in 2016, called JCVI-syn3.0 has been developed that contains only 473
genes. The bacteria continue to live, thrive, and reproduce with only these
genes. This strain may be pointing to the basic building blocks of life and the
minimum genes necessary to sustain life and reproduction.

It is an
interesting philosophical question: “What is life?” What are the basic
components necessary to make something alive versus inanimate? These 473 genes
may define life. An interesting side-bar is that 65 of these genes are known to
be necessary for life, but it is not known what they are doing in the cell.
Further research into the function of these 65 genes will be a key area of
future research.
Another fascinating
aspect of this research is that the researchers have been organizing the genes
into little modules and keeping genes of similar function together in the
genome. Evolutionary change has put genes in a certain order, but these
scientists have found that they can change that order and make it more
convenient for their work without detrimental consequences to the bacteria.
CRISPR technology has made the whole process simpler and led to the recent rapid developments.
This brings science
a few steps closer to creating synthetic life. Of course, at this stage, researchers
are simply reassembling the components supplied by the Creator to build a
synthetic cell. How far might humans be able to go in building other cell
structures beyond these artificial genomes? Whatever one thinks of such
biological engineering, it is important to be aware of the directions in which
science is moving. There are philosophical, theological, and ethical
implications of such research. We must be ready to discuss and give guidance in
these areas as technology continues to push boundaries.
Tags: cosmology faith science God chaos order, creation, CRISPR, engineering, Genetics, philosophy, science