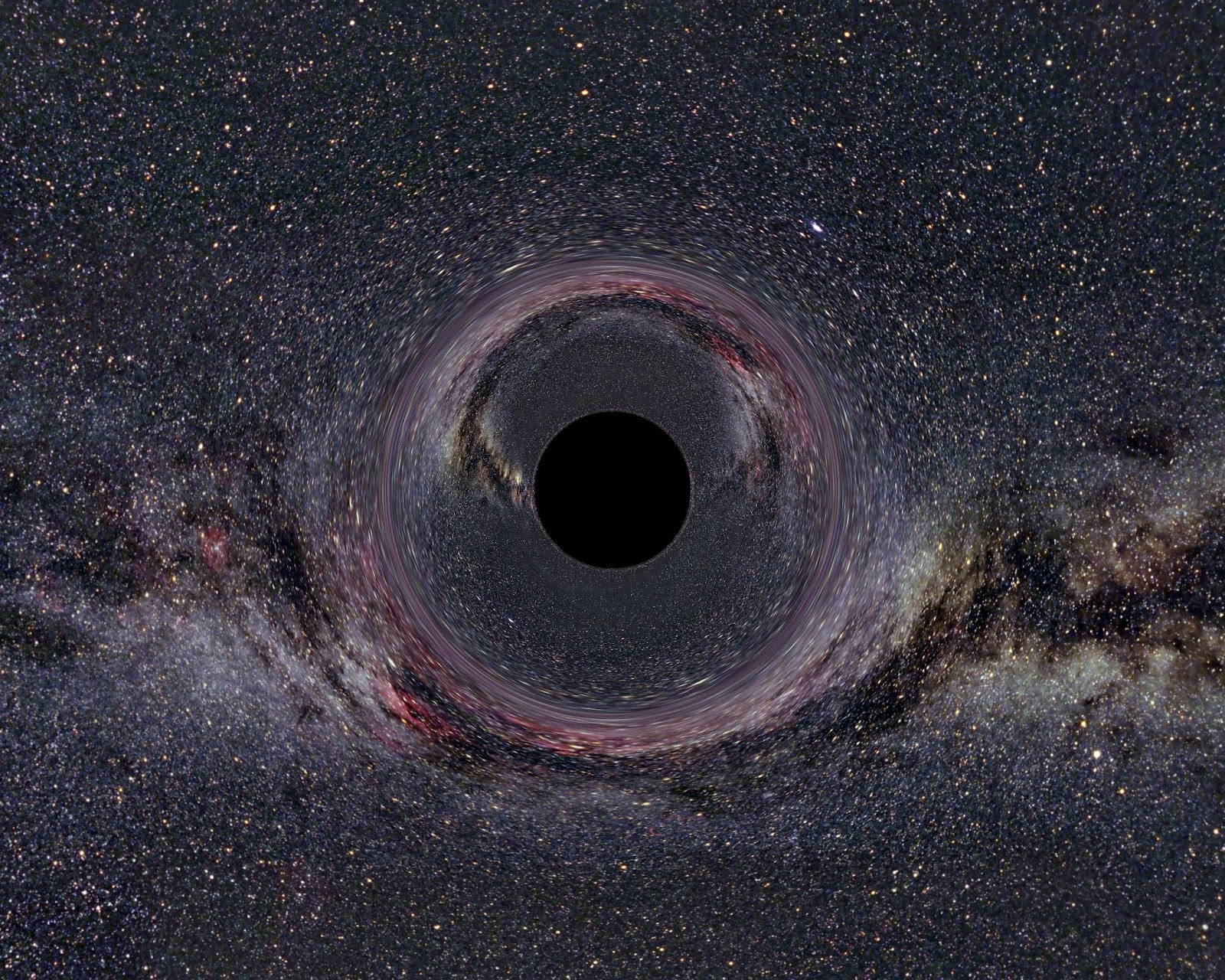 Physicists have suggested that our entire
universe may be the other side of a black hole. Theories of this sort are
highly speculative and subject to replacement by another theory in a short
while; but the idea is that every black hole has a white hole and a whole
universe on the other side. Let me try to explain. Black holes are
mathematically predicted to occur in our universe and several potential ones
have been identified in our universe, including one at the center of our
galaxy. Black holes are usually caused by the collapse of a large star such
that large amounts of mass are compressed into a small space resulting in a
huge gravitational force. As more and more mass falls into the center of the
black hole the gravitational force continues to increase to the point where it
attracts everything around it including light. The entire black hole collapses
into a single point of matter known as the singularity. At a certain point,
close to the black hole, an event horizon forms. The event horizon is the point
at which nothing escapes the gravity of the black hole and all mass and light
is drawn in. Thus, the name black hole, they are dark because not even light
escapes from them. They appear as a spherical orb of absolute darkness and are
only detected by the gravitational lensing that they create as light passes between earth and
a black hole. (See here for a more complete explanation of a black hole.)

So, if all of that mass, energy, and light
is attracted into a black hole, where does it go? The latest theory is that on
the other side of a black hole is a white hole. A white hole is a point, or
singularity, from which immense amounts of light, mass, and energy spew. (See here for an explanation.)
A singularity spewing massive amounts of light, mass, and energy sounds a lot
like the Big Bang from which our universe sprang. Could it be that our entire
universe is simply the other side of a very large black hole? That is what one of the latest theories suggests.
In fact, it may be that on the other side of every black hole another universe
exists that owes its beginning to a black hole, a white hole, and a Big Bang (see here for more).
I know, if you think about such things for
too long it will either give you a headache or drive you insane trying to
understand it all. Or, it could simply drive you to the point of believing that,
behind it all, there must be a Creator God. As Sir Arthur Eddington once said, “Not only is the universe stranger than we
imagine, it is stranger than we can imagine.” It is as if God were showing how
mighty he is when he built this universe (and perhaps a few more universes) or maybe he was just being incredibly creative. The more we learn about our known
universe, the more we realize that it is ultimately incomprehensible to our
limited minds. The greatest minds in science are continually stumped by the
complexities. The immense scale makes it incredibly difficult to even observe
black holes and other interesting objects. If we could get close and experiment
with a black hole, perhaps we could learn more; but the closest one to us is
the one at the center of our own Milky Way Galaxy, approximately 25,000 light
years away. Could it be that God made ultimate reality frustratingly out of our
reach? Did he purposely make it so difficult to understand that the universe
will always contain a great measure of mystery? Might it be that we truly need
to live by faith and not by sight?
Tags: cosmology faith science God chaos order, Space