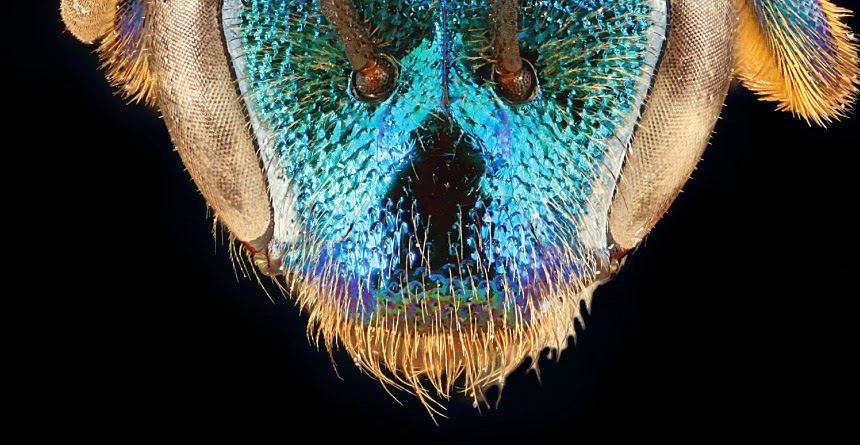 The incredible diversity of life on this planet will never cease to amaze. A recent article in Science News shows bees and other insects up close and in full colour. The research lab that took these photos provides a service to help identify the various species of bees. “There are nearly 20,000 known species of bees in seven to nine recognized families, though many are undescribed and the actual number is probably higher.”1 This does not include wasps and hornets which belong to other phylogenic families.

Then there are the beetles. The Coleoptera order (in which beetles are currently classified) includes more species than any other order. In fact, 25% of all life forms on the planet belong to this order and about 40% of all insects are beetles (400,000 types of beetles).2 The number of beetle species on the planet prompted J.B.S. Haldane to write that,

The Creator would appear as endowed with a passion for stars, on the one hand, and for beetles on the other, for the simple reason that there are nearly 300,000 species of beetle known, and perhaps more, as compared with somewhat less than 9,000 species of birds and a little over 10,000 species of mammals. Beetles are actually more numerous than the species of any other insect order. That kind of thing is characteristic of nature.3

Some have said that Haldane was once asked by a group of theologians what he could say about the Creator from his extensive study of creation. He is said to have replied, that the Creator has “an inordinate fondness for beetles.”4

Certainly God has a great fondness for diversity and has created the universe in such a way that even here on earth His handiwork in seen in the variety of life forms created; not to mention the multiplicity of stars, planets and galaxies beyond our globe. This “fondness for diversity” gives me confidence that the same Creator who cares about all of the beetles on the planet can be trusted to care about me and understand my unique place in this world.