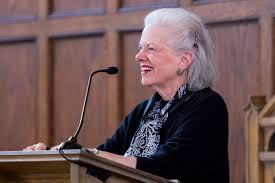 I am tempted to create a blog post by simply
stringing together a series of Fleming Rutledge quotes. The words she uses are often
adequate to spark the mind and generate combustion. However, I shall do more
than that; I shall interact with some of her writings on the atonement rendered
by the death and resurrection of Jesus of Nazareth. Much of what I write here
will stem from my reading of The
Crucifixion: Understanding the Death of Jesus Christ, Fleming Rutledge,
Eerdmans, 2017. But, some thoughts will have their origin in other writings and
interviews with Rutledge.