The Music of the Ainur 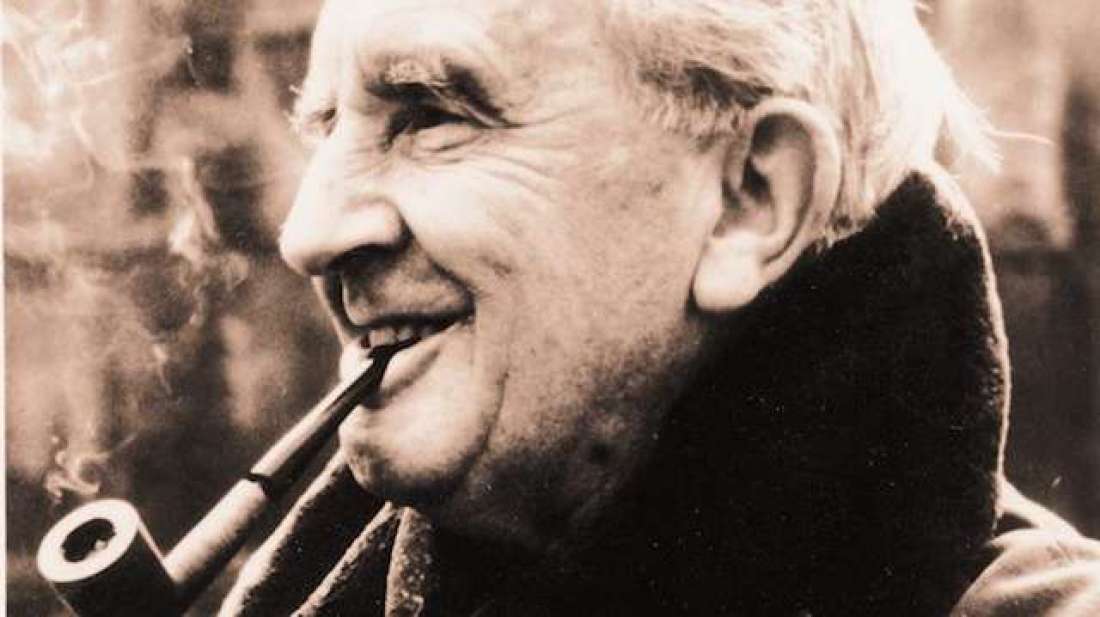 J.R.R. Tolkien, the author of The Hobbit, The Lord of the Rings, and The Silmarillion is widely recognized as a great writer. He was also a faithful Catholic whose theology appears in his writings in poetic ways. His description of the way evil came into the world, as seen in the opening chapter of The Silmarillion is a work of art infused with theology. Here I quote a portion of Tolkien’s creation story:

There was Eru, the One, who in Arda is called Ilúvatar and he made first the Ainur, the Holy Ones, that were the offspring of his thought, and they were with him before aught else was made. And he spoke to them, propounding to them themes of music; and they sang before him, and he was glad. But for a long while they sang only each alone, or but few together, while the rest hearkened; for each comprehended only that part of the mind of Ilúvatar from which he came, and in the understanding of their brethren they grew but slowly. Yet ever as they listened they came to deeper understanding, and increased in unison and harmony.
And it came to pass that Ilúvatar called together all the Ainur and declared to them a mighty theme, unfolding to them things greater and more wonderful than he had yet revealed; and the glory of its beginning and the splendour of its end amazed the Ainur, so that they bowed before Ilúvatar and were silent.
Then Ilúvatar said to them: ‘Of the theme that I have declared to you, I will now that ye make in harmony together a Great Music. And since I have kindled you with the Flame Imperishable, ye shall show forth your powers in adorning this theme, each with his own thoughts and devices, if he will. But I will sit and hearken, and be glad that through you great beauty has been wakened into song.’
…
But now Ilúvatar sat and hearkened, and for a great while it seemed good to him, for in the music there were no flaws. But as the theme progressed, it came into the heart of Melkor to interweave matters of his own imagining that were not in accord with the theme of Ilúvatar; for he sought therein to increase the power and glory of the part assigned to himself. To Melkor among the Ainur had been given the greatest gifts of power and knowledge, and he had a share in the gifts of all the gifts of his brethren. He had often gone alone into the void places seeking the Imperishable Flame; for desire grew hot within him to bring into Being things of his own, and it seemed to him that Ilúvatar took no thought for the Void, and he was impatient of its emptiness. Yet he found not the Fire, for it is with Ilúvatar. But being alone he had begun to conceive thoughts of his own unlike those of his brethren.
…
Then Ilúvatar spoke, and he said: ‘Mighty are the Ainur, and mightiest among them is Melkor; but that he may know, and all the Ainur, that I am Ilúvatar, those things that ye have sung, I will show them forth, that ye may see what ye have done. And thou, Melkor, shalt see that no theme may be played that hath not its uttermost source in me, nor can any alter the music in my despite. For he that attempteth this shall prove but mine instrument in the devising of things more wonderful, which he himself hath not imagined.(1)

I should leave the words of Tolkien to themselves and allow the reader to grasp the beauty and complexity of the theology that is revealed in these poetic words. Yet, the words are old enough and strange enough to require some explanation and so I will do my best to enlighten the logic that is contained in Tolkien’s creativity.
In this account of how evil entered the world, it is through the pride and self-promotion of one of the Creator’s created beings. Melkor, here one will draw parallels to Satan, becomes impatient with the creation timeline of the Creator and begins to imagine himself creating Beings and things. He does not have the power to create things on his own, but he begins to weave his ideas into the songs rather than content himself with the themes of the Creator. He creates discord and disharmony and begins to pull more of his brethren along with him.
The Creator allows the discord for just a moment and then stops the music. He tells the Ainur – his created beings who were charged with singing the music of creation – that he will allow their songs to come into being. Even Melkor’s songs will be represented in the creation. Yet, the Creator’s theme shall be sung, and his will shall be done; the Creator will use the songs of Melkor to devise things more wonderful than Melkor or any other Ainur could imagine. For the Creator is the source of all and his will shall prevail.
Tolkien knew that poetry and metaphor were better suited to explaining the great themes of God than pure logic. May his words and further poetry continue to help us as we struggle to understand the great mysteries of God and the universe God created.
(1) Tolkien, J.R.R. The Silmarillion. London: Harper Collins Publishers, 1994, p.15-18.
Tags: conflict; peace; Tolkien, cross defeat victory evil, sin, theology, westerns; movies; stories; evil