A recent pedestrian fatality
involving an autonomous car is simply the first such tragedy. Science News
reported that a woman died crossing the street when a
self-driving car, deployed by Uber, hit her.[1]
Writers, engineers, and computer science experts had predicted this for some
time. What will this mean specifically for the autonomous car industry and
artificial intelligence in general? What algorithms, if any, need to be
rewritten? What logic did the self-driving car’s onboard computers use in
choosing to enter the area when a human being was also in the street?
I have previously discussed this possibility and its implications in other posts.[2] A number of questions now come to mind. Did the car make a
decisive choice to hit the pedestrian to avoid harm to those in the car? Could
the onboard AI have made a different choice? How could the outcome have been changed?
Investigators will need to ask these and several more questions to get to a place of
assigning responsibility for this accident. What will the law have to say? Who
could be fined? What sort of lawsuit could be filed? We await the outcome to
see how manufacturers of autonomous cars might learn from this incident and the
ramifications for all car makers. 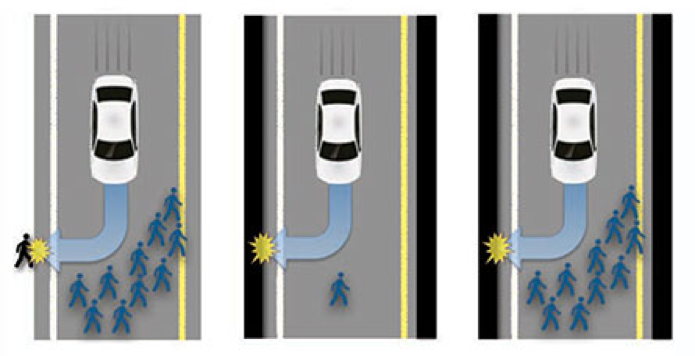