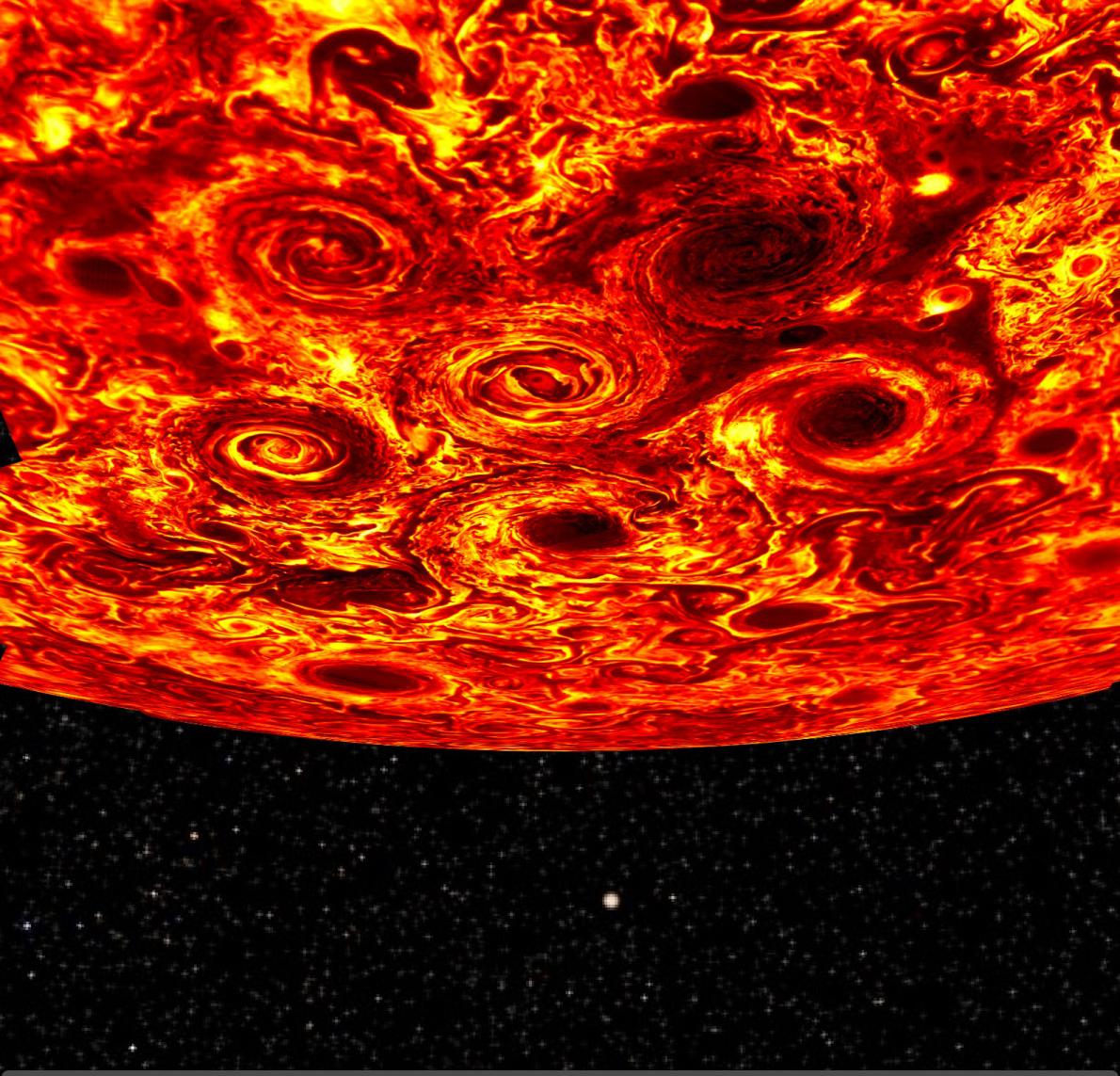 Juno is a spacecraft that was launched by NASA on August 5, 2011. After
a journey of approximately 3 billion kilometers, Juno was inserted into an elliptical
orbit around Jupiter on July 4, 2016 where it has been orbiting and carrying
out its mission ever since. Its primary mission will last until July of 2018
and the spacecraft will eventually be intentionally crushed and burned up in
the atmosphere of Jupiter. With its on-board instruments and cameras, Juno has
been mapping the structure of the planet surface as well as making observations
of the Jovian atmosphere,[1] at
some points passing as close as about 4,000 kilometers above the atmosphere.
Juno’s cameras have given us the best resolution ever seen of Jupiter’s
polar clouds. It has long been known that the atmosphere of Jupiter is
constantly churned by massive cyclones. One fascinating observation made by
Juno is that the polar storms order themselves in geometric shapes. The south
pole of Jupiter has a storm that is encircled by 5 other cyclones creating a
pentagon-like structure, while Juno has shown that the north polar region has
eight cyclones situated in an octagon-like structure, surrounding a central
polar storm.[2]
Many who have analyzed the data from Juno have been surprised to find geometrically
regular shapes, but such shapes are not without precedence. The Cassini spacecraft
confirmed the presence of a hexagon-shaped storm on Saturn’s north pole, which
was first observed by the Voyager Mission flyby in 1981. We are more familiar
with curves on earth, but the extreme nature of storms on other
worlds can result in structures containing 5, 6, and 8 points. This will be of
great interest to fluid dynamic engineers, and I am quite certain that such
findings on Jupiter and Saturn will lead to scientific experiments that
investigate the mechanisms involved in these regular geometric structures and
the implications for planetary landings and other equally interesting
consequences of atmospheric fluid motion.
Beyond our scientific fascination with such storms, the raw power and
distinctive structures of these other-wordly storms may also inspire the poets,
writers, and theologians to see and dream about what has been created.
Some went off to sea in ships,
plying the trade routes of the world.
They, too, observed the Lord’s power in action,
his impressive works on the deepest seas.
He spoke, and the winds rose,
stirring up the waves.
Their ships were tossed to the heavens
and plunged again to the depths;
the sailors cringed in terror.
They reeled and staggered like drunkards
and were at their wits’ end.
“Lord, help!” they cried in their trouble,
and he saved them from their distress.
He calmed the storm to a whisper
and stilled the waves.[3] 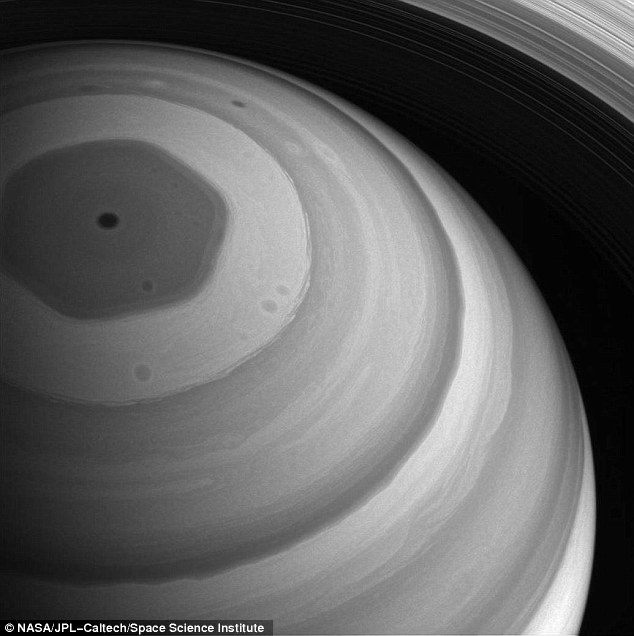