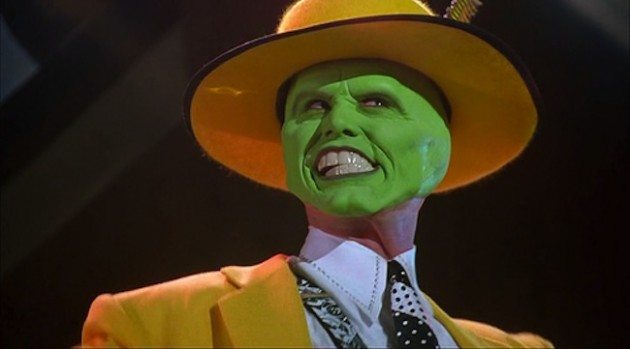 Jim Carrey,
by most accounts, is one of Canada’s most well-loved actors, and one of our best
exports to the United States. He has certainly generated a good deal of laughter
with his insanely comedic movie roles. Who could ever forget his portrayal of
Bruce in Bruce Almighty. We applauded
his stunningly stupid performances in movies such as Ace Ventura and Dumb and
Dumber, and we marvelled at the relevant story he helped to tell in the
1998 movie, The Truman Show. There
are a great many things that we can learn from Jim Carrey. For me, the best
learning comes as I allow both the noble and the strange elements of his life
to point me back to my own life as a follower of Jesus. But, for now, let’s
talk about Jim.
Born in New
Market, Ontario, Carrey lived for eight years in Burlington, Ontario. A
formational element of his early life is the fact that his family struggled to
pay the rent, buy the groceries, and pay the bills for other necessities of
life. At an early age, Jim Carrey felt an obligation to help the family
succeed. He set outlandish goals for himself as he worked to become a
world-class performer. Perhaps surprisingly, many of those goals were achieved;
and his “wisdom” regarding how one goes about achieving dreams has a larger-than-life
following (just do a search for inspirational quotes by Jim Carrey to prove
this point).
Carrey
readily admits that The Truman Show
was a significant turning point in his career and philosophy of life. Recently,
Carrey has said,
“Truman Show really
became a prophecy for me. It is constantly reaffirming itself as a teaching,
almost, as a real representation of what I’ve gone through in my career
– and what everybody goes through when they create themselves, you know,
to be popular or to be successful.”[1]
Of course,
Carrey makes an important point, and it is the point the writers and directors
wished to make: all the world is a stage (thank you William Shakespeare) and we
are all constantly acting. That was true in 1998 and it is even more true in
2017 when we are aware that Google, Siri, or Alexis may be listening to our
every word. We see it in international intrigue as politicians and their
assistants assure us that no one is spying or passing information, when all
along we are pretty sure they have been. In some sense, Jim Carrey is simply
speaking the obvious, and perhaps coming unglued as he realizes the big joke the
rest of us got while we watched his performances.
In fact, some
suggest that Jim Carrey’s persona has begun to unravel as he becomes more and
more caught-up in an introspective consideration of his own rags to riches
life. On Jimmy Kimmel, Live! Carrey recently said, “Jim Carrey was a great character, and I was
lucky to get the part, but I don’t think of that as me anymore.”[2] He claims to have walked
through a door to another reality. Referring to elements of the Truman movie,
Carrey says, “The
door is the realisation that this – us – is Seaside. It’s the dome. This is the
dome. This isn’t real. You know? This is a story.”[3]
(This is not an attempt to write a cliff-hanger but, this blog post will be continued in tomorrow’s post, at which point I will seek to leave us with a better conclusion.)
[1] http://www.afr.com/lifestyle/jim-carreys-message-in-netflix-jim-and-andy-we-are-all-truman-now-20171129-gzvk4v#ixzz50Ck74QXx “Jim Carrey’s message in Netflix ‘Jim and Andy’: we are all Truman now,” by Dan Zak, Financial Review, December 1, 2017.
[2] Ibid.
[3] Ibid.
Tags: actors, fame, Jim Carrey, performers, praise accolades success sickness