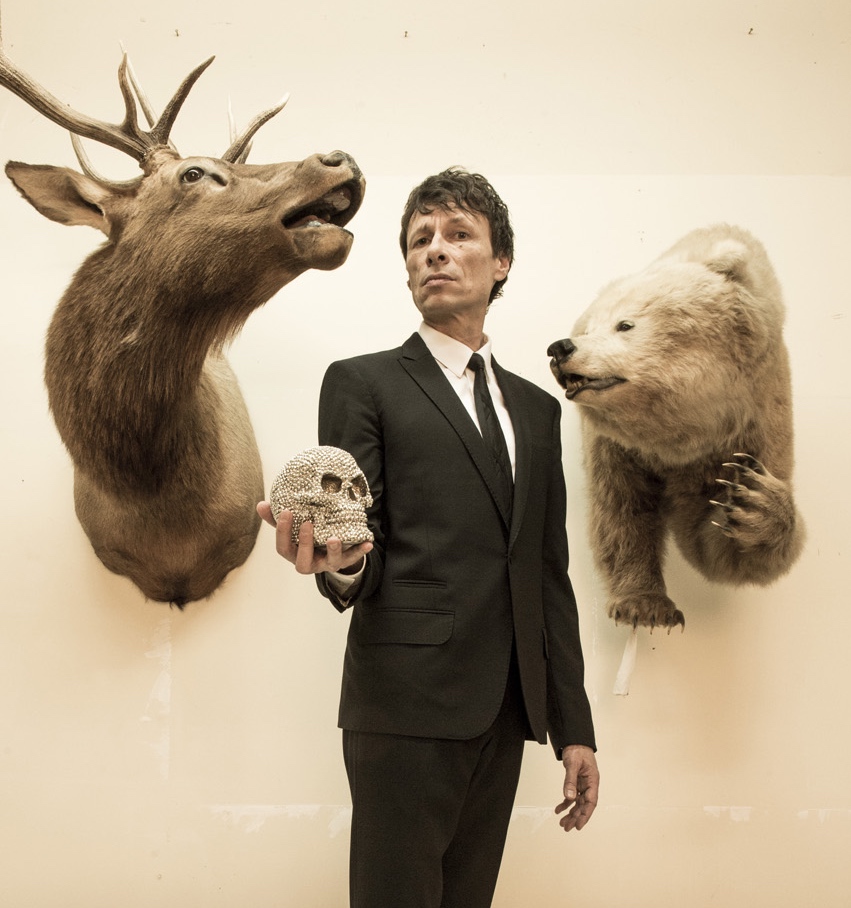 The last ten minutes of a Steve Taylor interview on the Cultivated podcast  from April 15, 2017, describes the
tension felt by Steve Taylor and a great many other artists.

Interviewer: “I want to talk about the impulse
to be an artist, the impulse to make these things and send them out into the
world. How would you describe that for yourself? … It takes a certain audacity
to say, ‘I’m going to play music … or here is all this money, go make a film.’
Where does that audacity come from for you?” …
Steve: “If you were a totally well-rounded
individual you wouldn’t feel the need to get on stage in the first place.” …
Interviewer: “Richard Pryor’s quote, ‘Happy
well-adjusted people don’t get into this business.’”
Steve: “What makes me want to make things and show
them to people? It is there and it is probably not a good thing.… Where you
wake up every day and think ‘what am I going to do to get people to work for me
and what am I going to do to get people to like me’ and it is all about self-promotion?
It is part of the job and you can’t not do it. But it doesn’t square well with
our Christian faith.… Making stuff is good, it is a high calling and we need
more followers of Jesus to be doing it as well, but it has a dark side…. It
will never be enough.”

I do not have definitive answers to the questions
Steve Taylor is raising, but I do think there must be more to this. Taylor says
that the self-promotion necessary to be successful as an artist “doesn’t square
well with our Christian faith.” He may be right there. Jesus never promoted
himself, he promoted a message. Perhaps that is part of the difference. The
message can be something as simple as wanting to entertain the masses with
movies or songs or it may be something more profound. Taylor has important messages
for the world. Sometimes his message is, “Christian, give your head a shake, do
you really think it would be alright for a person to blow-up an abortion
clinic?” Sometimes it is much subtler like the messages in the song, “A Life
Preserved.” One of my favourite lines from that song is “Gratitude’s too cheap
a word for all you’ve reassembled, from a spirit broken and unnerved, a life
preserved.” The message of this song is worthy of promotion.
Perhaps the artist could leave the promotion
to others. Agents and producers can promote an artist without some of the
difficulties (of course, they will have their own difficulties because they
make their living from the success of the individual). Fans can be the greatest
promoters of the artist; but how does one get the word out to the fan without a
certain degree of self-promotion? Steve Taylor has created a great description
of this with a video produced by Splint Entertainment called “The Future of the Music Industry.”
The video reminds me of the many brilliant songs that toil in obscurity because
they never got radio play or fan support or any kind of promotion. The song,
movie, painting, poem, book, or other work of art may be a phenomenal work, but
if no one knows about it, it will not be recognized for what it is. How does
one get the message out? How does one make a living and continue to do art?
Annie Dillard, a writer who has achieved a
degree of success, would likely be known to a great many more people and be
considered a bigger success if she had done more self-promotion. Madeline L’Engle
nearly gave up writing completely. The Wikipedia article about L’Engle quotes her as saying, “‘With all the hours I spent writing, I was still not pulling my own
weight financially.’ Soon she discovered both that she could not give it up and
that she had continued to work on fiction subconsciously.”[1]
As I reach the end of this commentary, I
am left with many more questions than answers. I struggle to find a brilliant
conclusion that will sum it all up and put a bow on the gift I wish to leave
for the artists of the world. Maybe one day I will return and add a post-script
that solves the problem and answers the questions. For now, I leave us with 123
words from Annie Dillard, which, at the pace with which Dillard claims,[2] likely took her the better part of a day to write. In this paragraph,
she describes the beauty of writing and one almost hears her say that the emotion
is all the reward an author needs.
At its best, the sensation of writing
is that of any unmerited grace. It is handed to you, but only if you look for
it. You search, you break your heart, your back, your brain, and then – and
only then – it is handed to you. From the corner of your eye you see motion.
Something is moving through the air and headed your way. It is a parcel bound
in ribbons and bows; it has two white wings. It flies directly at you; you can
read your name on it. If it were a baseball, you would hit it out of the park.
It is that one pitch in a thousand you see in slow motion; its wings beat
slowly as a hawk’s.[3]