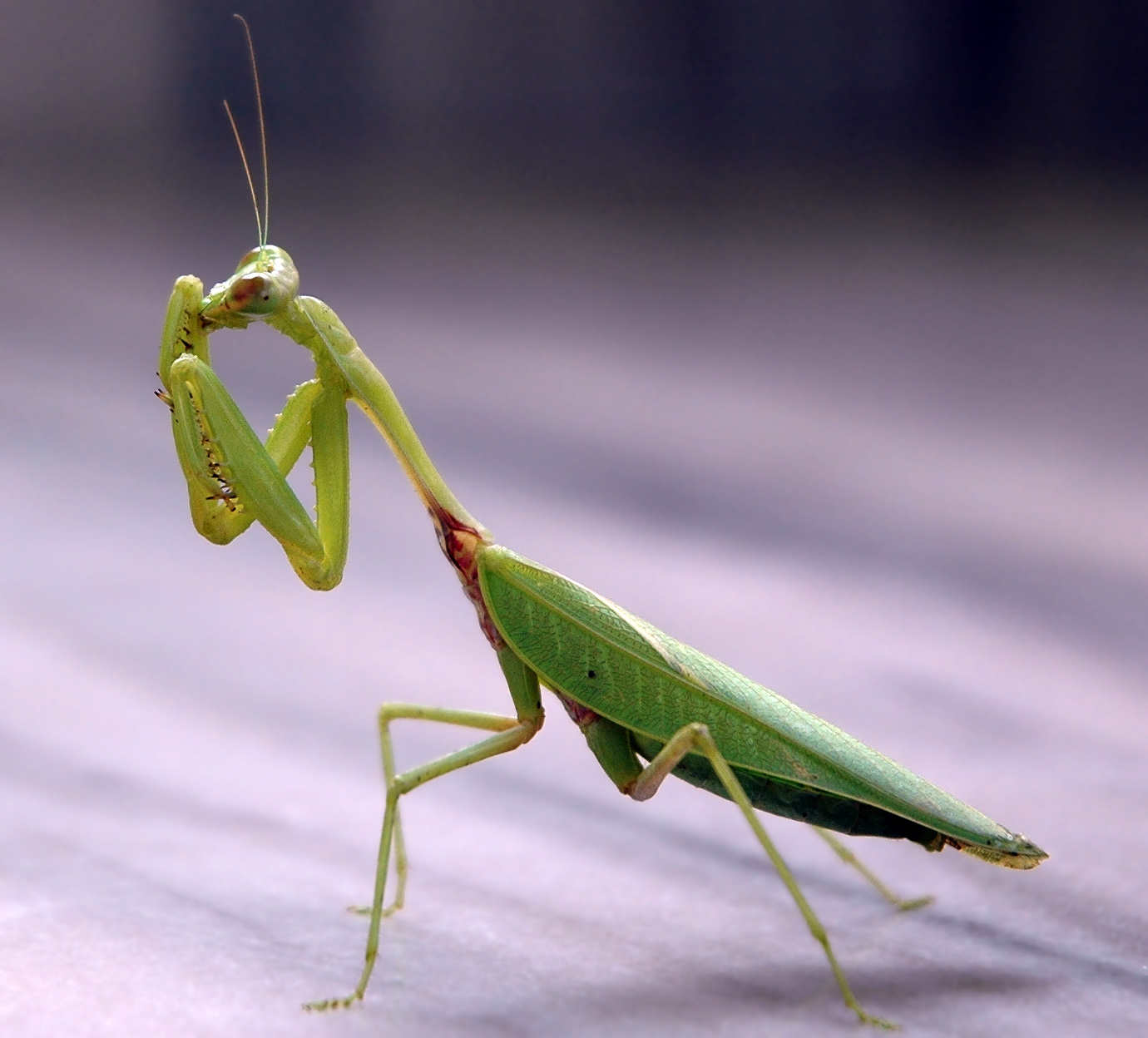 God created a world in which one creature consumes another to survive. We may wish it was otherwise; we may think it would have been a better world if
God had made it so that we humans could synthesize energy from the sun, but that is
not the world God created. Besides which, even grass which does
photosynthesize its energy relies upon nutrients in soil. Many such nutrients
are provided by the decay of dead creatures. Whether or not one sees life as
created by God, we must admit that our planet can be a harsh and competitive
place. For Christians, such observations must be part of how we understand
ultimate questions about the manner in which God created life and death in the
Garden of Eden. Our theology has not yet fully wrestled with some of the
implications of the lion and lamb created prior to humans.
Recently it has been discovered that some species of Praying Mantis can kill and eat hummingbirds. They have been
known to lie in wait at hummingbird feeders and grasp the unsuspecting bird out
of the air. It is an ugly picture of life and death in God’s creation and yet
it is perfectly natural and the way God intended the lifecycle of his creation.
God also created parasitic wasps that lay their eggs in the living bodies of caterpillars. The lifecycle of these baby wasps is the stuff of movies
like Alien in which the immature offspring
of one creature bursts out of the living body of another. Our world can be a
cruel place.
Such is the
struggle of life and death in the good world God created. Did God create all of
this before the Fall of Humans? How much of life and death is a result of the
Fall?
In case you are
still worried about hummingbirds, there is a built-in system for the control of
the mantis population. Parasitic worms, that live mostly in water, are known to
place their larvae in the gut of the mantis and other arthropods. These parasites affect the brain of the mantis in such a way that, at the right
time, the mantis drowns itself in water, thus returning the parasitic worm to
another familiar environment.
Tags: creation, death, life, nature, science faith evolution biology genesis