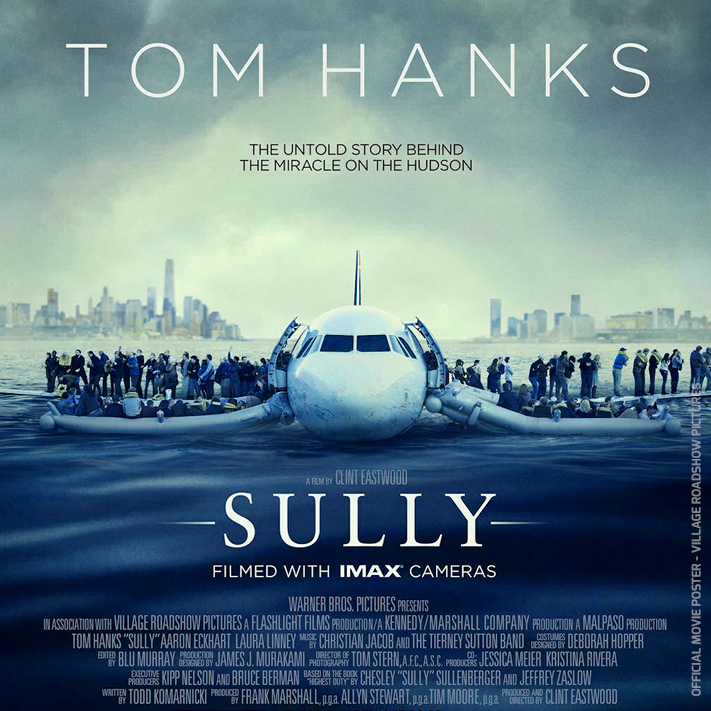 I saw the
movie Sully when it came out in the theatres and now with the relaxed pace of
the Christmas season, I could watch it again with my wife, our daughter, and
son-in-law. It is a well-directed movie about an incident in which a plane lands
on the Hudson River in New York City. The pilot had just taken off from LaGuardia
airport when they struck multiple Canada Geese in the air and lost both
engines. Two engine loss was unprecedented at the time. The movie follows the
investigation into the crash and flashes back to the incidents that led up to
the water-landing and the rescue of the 155 on board. All 155 were saved with
only minor injuries, but the pilot, Captain Chesley “Sully” Sullenberger, was
questioned because the aviation safety board was not convinced that the
water-landing was the best option for the ill-fated flight. The officials
questioned whether Sully should have tried a landing at LaGuardia or Teterboro
airport in New Jersey.

Sully is
eventually exonerated and praised for his landing of the plane on the Hudson
River. At one point in the movie, the woman member of the National
Transportation Safety Board (TSB), Elizabeth Davis, praises Sully and says that
he is the reason that 155 people are alive. Sully says, “I disagree, it was all
of us.” He recounts how together as a team, he, his co-pilot, the flight
attendants, the passengers, the rescue workers, the ferry workers, and others
had managed to work together to save 155 lives. It is an inspiring moment in the
film in which the pilot, even after he had been vilified by some at the TSB,
could point out the importance of teamwork. I wonder how well I would have done
in similar circumstances in which I had been questioned and told that I had
done something wrong. When I was finally absolved of any wrong-doing and
instead praised, would I have had the presence of mind to tell others that it
was a team effort? Or would I have taken all the praise for myself?
In our
better moments, most of us do recognize the team. We know that whatever
accomplishments we achieve, we are standing on the shoulders of those who have
gone before us and there are a great many people who help us to accomplish the
things we do. Let us pray that, even in the difficult moments, we will always
recognize the importance of the team.
Tags: difficulty, leadership, praise accolades success sickness, team-work