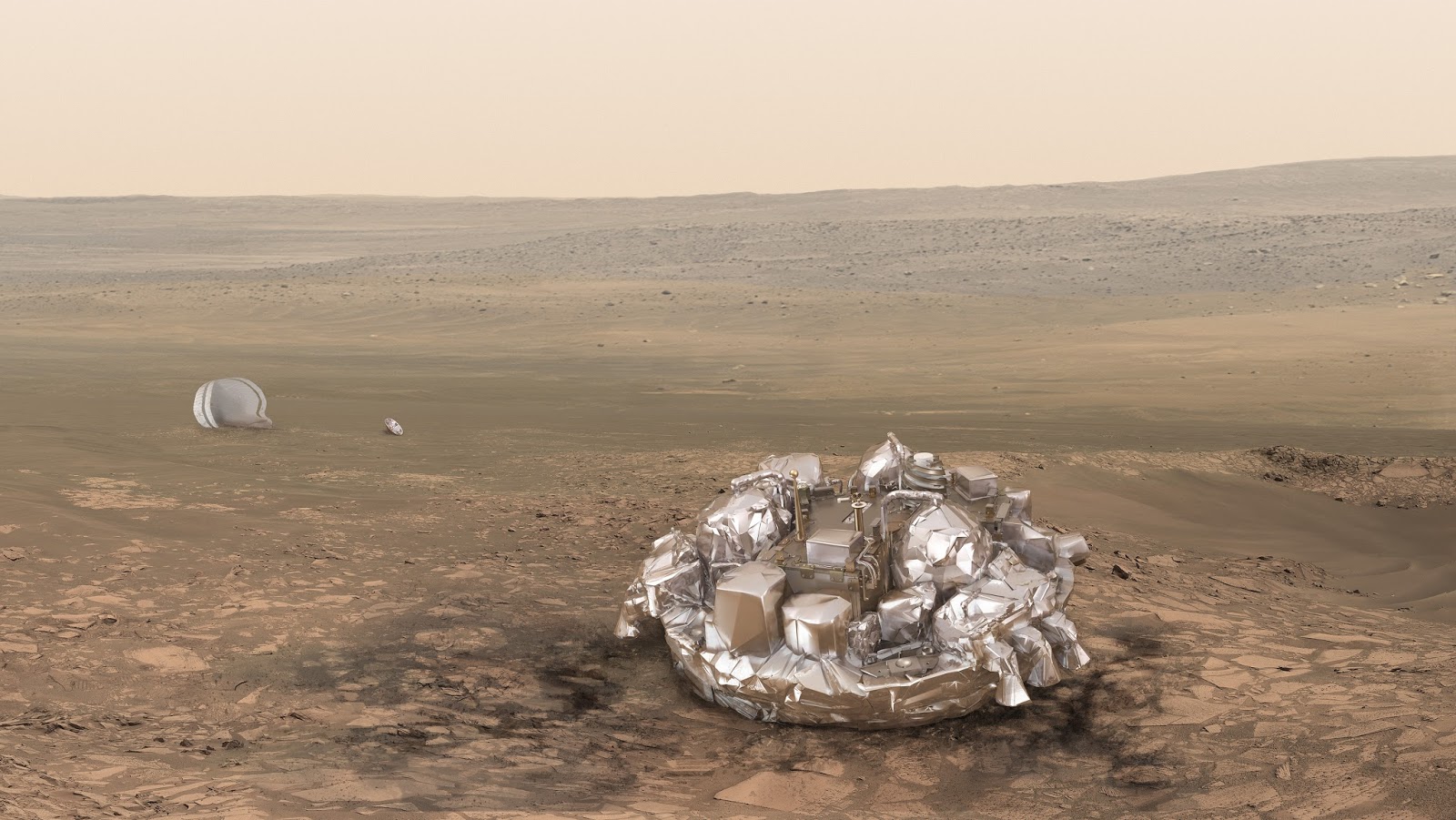 (Click on this thumbnail picture for a larger image.)

This week in solar system navigation, the Schiaparelli Lander was given the necessary software to allow it to land on Mars. Descent and soft touchdown on Mars will be guided by the commands that were uploaded on October 7th.  The fact that such commands can be transmitted and incorporated into an on-board computer, more than 150 million km (9 light minutes) from Earth is a feat in itself. (Man, I would not want to pay those data roaming fees!) At the time, Schiaparelli and its parent vehicle, the Trace Gas Orbiter, were conjoined and enroute to the Red Planet. Together, these two spacecraft are part of the European Space Agency’s (ESA) ExoMars mission. Schiaparelli is scheduled to land on Mars on October 19 at 8:40 am MDT, while the Trace Gas Orbiter (TGO) will insert itself into orbit around Mars and relay information from the lander. The TGO will also have several science instruments on board with which it will analyze the thin atmosphere of the planet and will play a role in relaying data from other landing missions including a 2020 ESA Rover.
ESA is inviting media outlets to follow the progress of this mission including separation of the two vehicles on October 16th, Schiaparelli landing on the 19th, and summary on October 20th. The media announcement can be seen here. Watch for more exciting news in the days to come, but for now you can watch an animation of the landing on the same media webpage.
Tags: aerospace, ESA, Mars, Mars landing, science, Space