The Future of Space Exploration 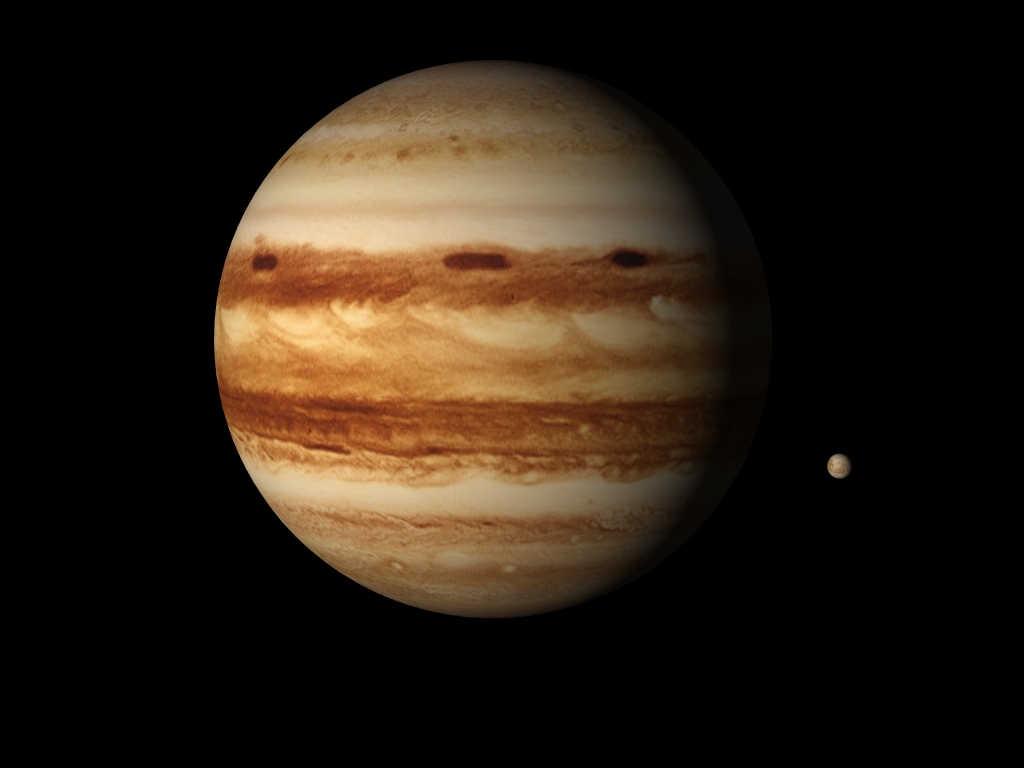 The 15th to 18th
centuries were a time of unprecedented exploration of our world. Europeans, with a healthy sense of curiosity, and driven by a desire to conquer new worlds, were the primary instigators. Today,
we live in a similar time of exploration as countries and private corporations turn their eyes to our solar system. Led by many organizations from around the world, there is a greater sense of cooperation in this age of discovery. The National
Aeronautics and Space Agency (NASA), European Space Agency (ESA), Russian
Federal Space Agency (RFSA), Chinese National Space Agency (CNSA), and Japan
Aerospace Exploration Agency (JAXA) are all making a mark in space exploration.

NASA is presently developing an
Asteroid Redirect Mission in which they will identify, capture, and redirect a
near-Earth asteroid. The goal is to capture an asteroid and place it in
orbit around the moon so that scientists might study it for generations to come.[1]
NASA also plans to send a mission to Europa, one of the large moons orbiting Jupiter.
It takes 7 to 10 years to reach the Jovian system and the plan is to launch in
the early 2020s, so don’t expect results immediately, but Europa is considered
one of the more likely locations for simple extra-terrestrial life because of
its large frozen ocean.[2]
ESA too has plans for a Jovian mission.
Their spacecraft will visit three of Jupiter’s moons: Ganymede, Callisto, and Europa.
The rationale for this trip is that all three moons likely contain water and
might support life.[3]
ESA has also expressed interest in establishing a lunar base on our own moon
that would serve as a research base, much like the International Space Station.
It would make a great jumping off point for even greater space exploration that
might include missions to other star systems.[4]
In 2013, the Chinese National Space Agency
was the first agency to soft land a spacecraft on the moon since the Russians last
did in 1976 (Luna 24). CNSA presently has a lunar rover called Chang’e 3 on the
moon’s service and they have stated that they plan many more lunar missions
including some sample return missions.[5]
JAXA, in collaboration with ESA, will soon
launch a Mercury orbiter that will study the magnetosphere of that planet.[6] Because of its proximity
to the sun, and the difficulty of shielding instrumentation from extreme radiation, little
is known about this planet; and the JAXA mission will be highly significant.
All of these missions will be of
great interest as we watch them unfold over the next decades. I plan to watch each with great expectation, starting with the ExoMars show that has already begun.
[1] http://www.nasa.gov/about/whats_next.html
[2] http://www.nasa.gov/jpl/nasas-europa-mission-team-joins-forces-for-the-first-time
[3] http://all-that-is-interesting.com/europe-space
[4] http://all-that-is-interesting.com/europe-space
[5] https://en.wikipedia.org/wiki/Chang%27e_3