Gravitational Waves, Fearfully and Wonderfully Made 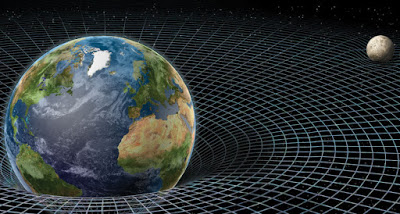 “A long time ago in a galaxy far far away”
two black holes merged into one. To be more precise, this event happened approximately
1.3 billion years ago in a galaxy in the direction of the Magellanic clouds. We know
this because scientists at the Laser Interferometer Gravity-Wave Observatories
(LIGO) in Hanford, Washington and Livingston, Louisiana detected the
gravitational waves of this massive collision on September 14, 2015. This was the
first time gravitational waves had been detected despite the fact that Einstein
had predicted their existence 100 years ago.
This is an important discovery that ushers
in a whole new way of “seeing” our universe. Not only can we now detect light
from distant parts of the universe but we can also detect gravitational waves. This
also represents further understanding of what gravity is and how it acts over
large distances and propagates at the speed of light. This measurement of
gravitational waves immediately becomes a candidate for a Nobel prize.
I have always been fascinated by gravity.
It is a force that is difficult to comprehend and describe. The best
explanation of gravitational waves is that they represent ripples in the
space-time continuum. Gravity is the way we describe the effect of acceleration
as objects with mass create dents in space and time.

Not only are we humans fearfully and wonderfully
made (Psalm 139:14), our universe is fearfully and wonderfully made. The
mysteries of the universe with colliding black holes and gravitational waves
are too wonderful for us to understand (Psalm 139:6). Every new scientific
discovery gives us greater understanding and reveals more questions that can
now be asked. These discoveries continue to have an effect on the study of
physics, cosmology, philosophy, and theology. May we never tire in our search
for greater knowledge and still be content with mystery.