“Yesterday I missed my exit, on my way to Sears” – Joe Diffie 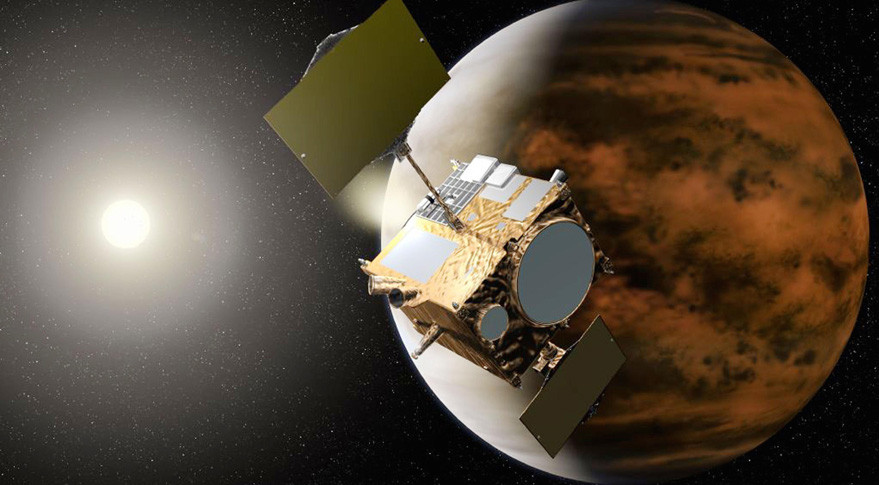 Have
you ever had one of those days where you missed your freeway exit and had to
take an alternative route? The process can be quite time consuming and often
adds several minutes to the anticipated travel time. It is hard not to get frustrated.
Of course, such emotions only complicate things and make the trip even less
efficient. Recently, a team of Japanese aerospace engineers learned first hand
that, in space exploration, one little missed exit can lead to many years of
extra work. In 2010, the Japanese Aerospace Exploration Agency was excitedly watching
as their Akatsuki probe was moving rapidly toward Venus. All was well until the
main engine failed to come online and make the appropriate course correction.
The result of this, missed exit on the cosmic freeway, was five years of
unplanned wandering in the wilderness. Not only did it mean that Akatsuki would
be late for her rendezvous with the “planet of love,” it also meant that, like
Icarus, Akatsuki flew too near the sun and singed her wings.

What
I like about this story is that the team did not give up on the mission. They
knew that this “miss” meant the probability of success was small; but they
did not lose focus and they kept seeking solutions to the problem. They still could
not rely upon the main engine but knew that every five years Akatsuki would be
close to Venus. This would be their window of opportunity. They would use the
attitude control thrusters to position the craft for Venus gravity capture. On December 7 at 8:51 am (Japan Standard Time) the gamble paid off and Akatsuki is now in orbit around our “sister planet.”
The scientific mission can resume. The probe has been scorched by the sun but
remains functional and will soon begin to take continuous pictures of the
atmosphere and surface of Venus.
This
reclamation of the mission is a testament to tenacity and problem solving. Lesser
engineers might have given up on the Akatsuki probe and begun work on a
replacement vehicle. These individuals continued to work as a team and redeemed
what might otherwise have been seen as a failure. There is something very
impressive about this work. May they now enjoy the fruit of their labour as they
gather data and explore further questions related to this closest neighbouring
planet.
Other Works Cited:
“Japanese spacecraft reaches Venus — five years late”;
Science News, December 8, 2015; https://www.sciencenews.org/article/japanese-spacecraft-reaches-venus-—-five-years-late.
“That
Road Not Taken,” Joe Diffie, from the album, Third Rock From the Sun;  Listen to it online here. Songwriters: Kelly Casey and Deborah
Beasley, Published by The Bicycle Music Company. http://www.metrolyrics.com/that-road-not-taken-lyrics-joe-diffie.html
Tags: aerospace, astronomy, planets, science, Space, Venus