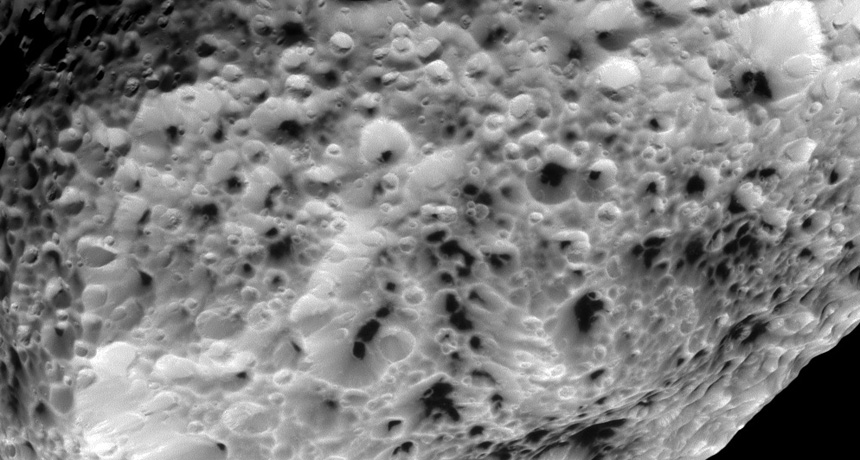 The Cassini spacecraft recently completed a close flyby of Hyperion, one of the moons of Saturn, and sent back some amazing pictures. Hyperion is certainly one of the more odd shaped moons in our solar system. Whereas people used to think Earth’s moon was made of cheese, Hyperion truly looks like Swiss cheese. The surface and interior of the moon are filled with pores and tunnels giving it the appearance of a sponge. In fact, much of the planet is made of water ice with very little solid rock. There are so many holes in the moon that if you could find a pool of water large enough, say our own Atlantic Ocean, the moon would float with about half of its bulk sticking out of the water. Hyperion is known to have an erratic rotation. It wobbles on its own axis and its orbit about the planet is eccentric and highly influenced by its proximity to Titan, Saturn’s largest moon.

The Cassini robotic spacecraft itself has had an amazingly successful mission in space. Originally launched in October of 1997, the spacecraft is now in its second mission extension which will see it perform active scientific observations through 2017. On its way to Saturn, Cassini flew past Venus and Jupiter, relaying information on each of those planets before achieving orbit around Saturn in July of 2004. In December of 2004, Cassini released the Huygens probe which successfully landed on the surface of Titan, sending back 350 pictures of this large moon. This latest flyby of Hyperion is the last for that moon. Now Cassini sets its sites on other moons in the Saturnian system. In 10 days Cassini will fly past Dione and send back images of that moon. Today, she is in position to get a good look at Enceladus and the outer rings of Saturn (see the image below).

We live in a time when it is possible to learn much from the exploration of our solar system. I am thankful for the scientists and technicians at NASA’s Jet Propulsion Laboratory that use their imaginations to design and execute such amazing missions to the outer reaches of our solar system.

You can click on these images for a larger view. 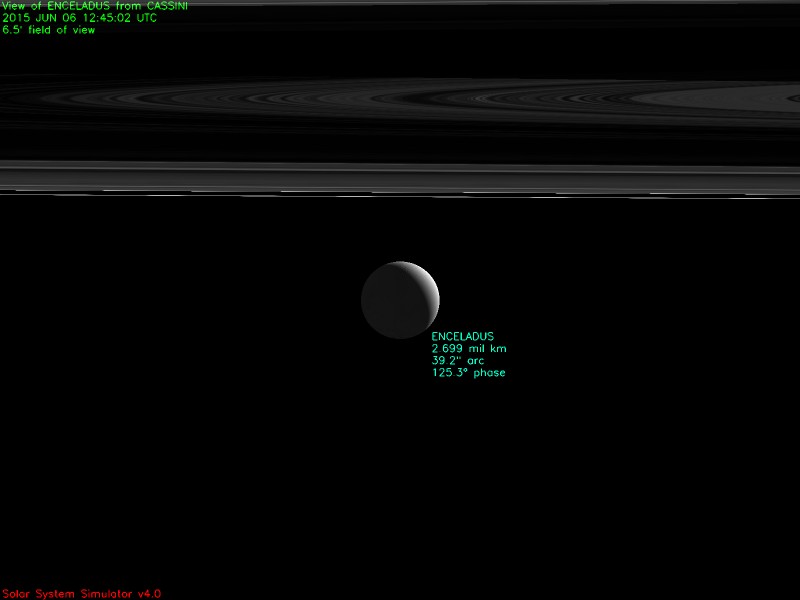 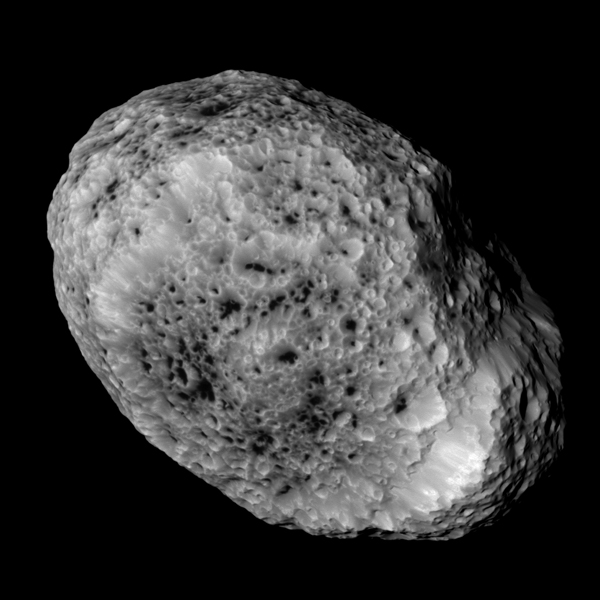