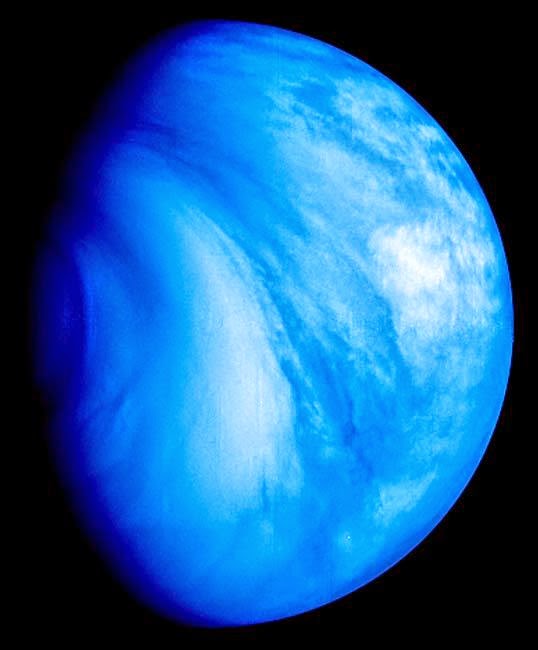 The popular press has, in recent years, written much about the planet Mars, but very little about Venus. This is to be expected since Mars is the planet of greatest focus for the major space programs of the world. Four planetary rovers have traversed various portions of the Martian surface,1 orbital spacecraft have mapped the surface in great detail, and visionary pioneers have made it their goal to put colonies of humans on Mars.

Yet we should not so quickly ignore the beauty and mystery of Venus. Certainly it would be much more difficult to colonize; yet, as a destination for research and exploration, it is still intriguing. Venus has been compared to our own Earth in a number of ways. Venus has a radius of 6,052 km while Earth has a radius of 6,371 km. Venus has a mass that is 81% of that of Earth. Both are relatively close to our sun. Venus, on average is 108 million km from the sun, while Earth averages 150 million km.2 At their closest, Earth and Venus are only 26 million km apart. Compare this to Earth and Mars that are 34 million km apart at their closest. Due to the elliptical orbits of all three planets, these distances vary widely and there are moments when Earth is closer to Mars than to Venus.3

So, why would it be more difficult to colonize Venus? The answer lies in the thick atmosphere of the planet. Most people recognize that the earth has a greenhouse gas problem, but Venus is the queen of carbon dioxide. Her atmosphere – and yes, the planet has been referred to as feminine ever since it was named after the Greek goddess of beauty – is 96% CO2 and the atmospheric pressure on the surface is 92 times that of our own atmosphere at sea level. That is equivalent to the pressures experienced at a depth of 3000 ft in our own ocean. Spacesuits would not be sufficient to the task; we would need a submarine or bathysphere to be comfortable on the Venetian soil. Even space vehicles built to contemporary standards would be crushed on the surface of this planet. Then there is the heat; the average temperature on Venus is 460 degrees Celsius. For comparison, the average temperature on Earth is 14 degrees, on Mars it is minus 55 degrees, and on Mercury it is 167 degrees Celsius. Venus is our solar system’s hottest planet. All water has long since boiled away and humans would need a lot of air-conditioning to last any length of time on the surface.

Airship colonization has been suggested as one possible way to live on Venus.4 Thirty miles above the surface, the air pressure is one Earth atmosphere. Thus, lighter-than-air balloons might function as research vessels on this planet. Such machines would still need to be well insulated against heat and impervious to high concentrations of sulphuric acid that probably exist at this level in the Venetian atmosphere.5 With a Venetian axis rotation that lasts 243 Earth days, a counter-clockwise rotation around its axis (Uranus is the only other planet in our solar system with a retrograde rotation), a day relative to the sun that is 117 Earth days long, and no moon, it would be a fascinating place to live.6