In April of 2012 I received a Master of Christian Studies degree from Regent College. The final comprehensive paper for this degree was an assimilation of years of study in theology and genetics. The paper allowed me to ask many questions related to the current state of both of these disciplines and allowed me to begin the work of understanding the relationship between the two within God’s sovereignty. The following is a short excerpt from the introduction to that  paper which outlines some of the questions we must ask as we attempt to understand both the Bible and the universe created by God. Those who find this blog of interest may wish to read the entire paper. Contact me and I will send you a copy.

Never before have humans had the capability to look with such detail at the genomes of humans, apes, and early hominins such as Neanderthals, and Denisovans. The Human Genome Project (completed in 20031) and great ape counterparts (e.g. Chimpanzee Genome Project2) have given us the complete genomic sequence of each of these species and have allowed scientists to compare the sequences to see similarities and differences. We now know from this information that the genomes of humans and chimpanzees differ by only 1%.3  In recent years, two other lines of information have created even more puzzling questions.

First, population genomics studies have advanced significantly in the past few years. The math and details of such analysis are far beyond the scope of this paper4 but Dennis Venema has nicely summarised some of the pertinent information which creates a number of new questions. He points to recent papers detailing the use of SNPs (single nucleotide polymorphisms) which have now “estimated ancestral population dynamics for various human groups over time in more detail than is possible with mutation-based estimates.”5 He shows how these studies can create estimates of ancestral human population sizes at several time points in our evolutionary history. This approach consistently shows that “humans, as a species, are descended from an ancestral population of at least several thousand individuals. . . . [and] that our lineage has not experienced an extreme population bottleneck in the last nine million years or more.”6 Such conclusions have vast implications for the usual theological understanding that all humans are descendants of a single ancestral pair or that we are all descendants of Noah.

The second line of information which causes us to question typical theological understandings relates to the question of what makes humans human, how we are distinct from other created animals, and the nature of the image of God. Recent scientific papers describe the work of scientists who have been able to extract ancient DNA from non-human (non-Homo-sapien) remains. The complete genome of Homo neanderthalensis has been sequenced with a high degree of confidence7 and more recently, DNA has been extracted and sequenced from what is believed to be a new species of ancient hominin which has been given the preliminary name “Denisovan” (named after the region in Siberia in which the remains were located). Both the mitochondrial and the nuclear genome have been sequenced to give us the complete Denisovan genome.8

Comparisons of the genomes of modern humans (Homo sapiens), Homo neanderthalensis,  and Denisovans, something that has only been possible in recent months, leads to some remarkable discoveries. The discussion by Green and other scientists in Nature9 indicates that, based upon dentition and DNA, the Denisovan species appears to be a separate species from both Neanderthals and modern humans and that all three share a common ancestor. They also show that, although Homo neanderthalensis and the Denisovan species went on to become extinct, they did coexist with Homo sapiens and inter-bred with humans of a concurrent time. Green, et al., put forth a theory in which the Denisovan species diverged from the Neanderthal species which had previously diverged from the Homo sapien species. It has been previously widely accepted that Homo neanderthalensis interbred with Eurasian, but not African, Homo sapiens and contributed 1 to 4% of their genetic material to modern Eurasian people groups. Green and his collaborators further suggest that the Denisovan group interbred with the ancestors of contemporary Melanesians and contributed 4 to 6% of their genome to this population but did not contribute to other Eurasian or African populations. Appendix 1 shows this evolutionary divergence and intermingling in schematic form.

This Nature paper presents ideas that, although they are preliminary, have the potential to create huge theological questions for those who take seriously both the Bible and God’s book of revelation in nature. In what way can we speak of an historical Adam? Where would we place an historical Adam into the picture of this divergence of populations? Indeed, where might we place Adam in the schematic picture shown in Appendix 1? From a theological perspective, at what point in such a process would we suggest that God placed his image upon humans? Should we place this after the divergence from the Neanderthal and Denisovan populations? Should we place this before or after the admixture with the Neanderthal and Denisovan populations? If we place it before this admixture, what are the theological implications of the dilution of the image of God with beings who did not have the image of God? If we locate the imparting of the image of God at the level of the common ancestor of all of these peoples, how do we understand the three distinct people groups and the extinction of two of them? This interbreeding data raises other questions of timing with regard to the African line of humanity which does not show evidence of interbreeding with the non-human hominins. At what point would we place humanity’s rebellion toward God as understood in the Fall? How do we understand our “inheritance” of original sin in such a complex pedigree? This paper will not answer all of these questions. They are raised to give the reader a sense of the complexity of questions related to comparative genomics and theology. This paper will look at one of the questions which arises out of such analysis. It is perhaps the biggest theological question from which many others will follow. In light of these recent scientific findings, how do we understand the historicity of Adam? 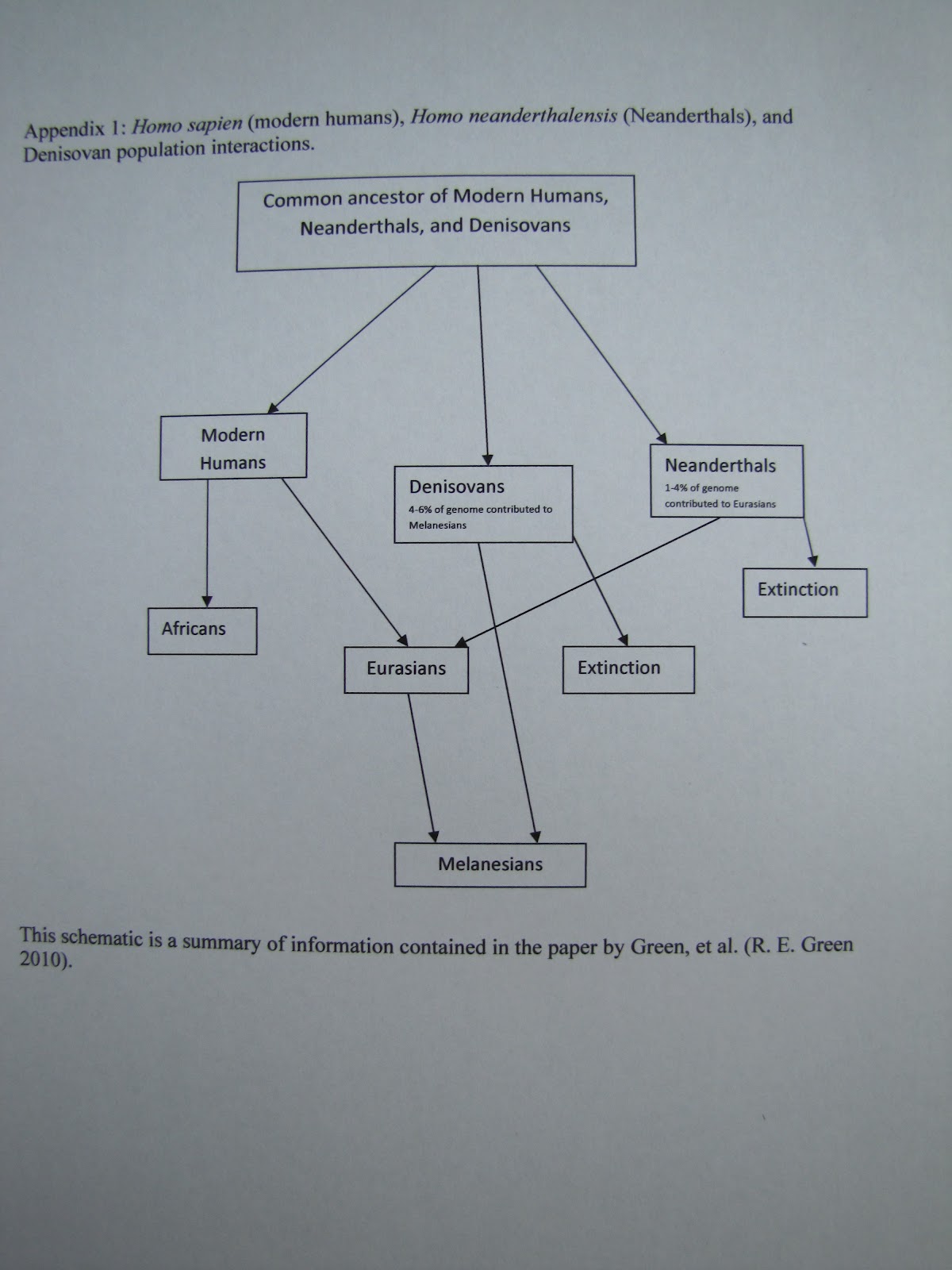 1 (Genomics.Energy.gov 2011) http://www.ornl.gov/sci/techresources/Human_Genome/home.shtml
2 (National Institutes of Health 2010) http://www.genome.gov/11008056
3 There are a few different ways that the comparison can be made and the difference may be measured as 1.23%, 5% or 0.6% depending upon the methodologies used. Even 0.6% of three billion base-pairs is a significant amount of DNA and so for the sake of clarity Dennis R. Venema asserts that “the vast majority of the human genome matches the chimpanzee genome with only rare differences. . . . By any measure, humans and chimpanzees have genomes that are highly homologous and readily interpreted as modified copies of an original ancestral genome.” (Venema 2010, 167)
4 One may wish to read Venema’s paper for a non-specialists explanation of the techniques behind the research. In this paper he also refers the reader to a review by other authors for those that wish to go deeper.
5 (Venema 2010, 173)
6 (Venema 2010, 175) In the context of his paper, Venema’s reference to an “extreme population bottleneck” refers to the kind of bottleneck that would be necessary to suggest descent from less than 10 individuals (Noah’s family or Adam and Eve). Scientists can point to population bottlenecks of approximately 10,000 individuals.
7 (Green 2010, 710-722)
8 (R. E. Green 2010)
9 (R. E. Green 2010)