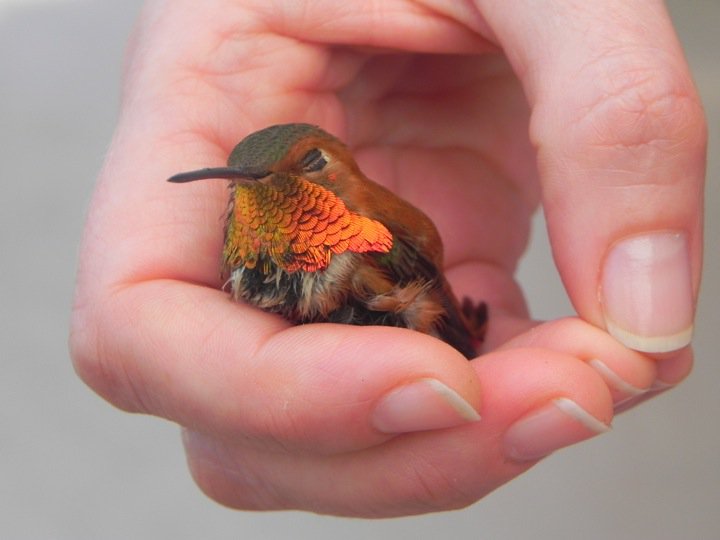 Last weekend we enjoyed the hospitality of some friends at their cabin. They have many hummingbirds coming to drink from their feeder. Sadly, while we were there, one of these beautiful birds flew into the window and lay stunned on the deck. We were able to get a good look at this amazing creature. They are one of the wonders of animal life on this planet. This hummingbird had iridescent feathers at its throat that changed colour at different angles, a preposterous looking beak, a miniscule tongue (forked at the end) which laps up the nectar, and powerful wings. The wings beat between 10 and 100 times per second, the tongue laps 13 times per second, and their hearts beat at up to 1200 beats per second. The world in which we live is truly awe inspiring. Annie Dillard says it well in her marvellous book, Pilgrim at Tinker Creek.

Certainly nature seems to exult in abounding radicality, extremism, anarchy. If we were to judge nature by its common sense or likelihood, we wouldn’t believe the world existed. In nature, improbabilities are the one stock in trade. The whole creation is one lunatic fringe. If creation had been left up to me, I’m sure I wouldn’t have had the imagination or courage to do more than shape a single, reasonably sized atom, smooth as a snowball, and let it go at that. No claims of any and all revelations could be so far-fetched as a single giraffe.*