Is it time to stop using the “fish symbol” to identify our faith? In the first century church when Christians were being persecuted by Romans and other groups, the symbol was a secret message that allowed followers of Jesus to identify each other and mark locations where the church met. Presumably this was a very helpful symbol at the time. The Greek word for fish, “ICTHUS,” was a simple acrostic reminding early Christians of the nature of this Jesus whom they followed: “Jesus, Christ, God’s Son, Saviour.” It could be very helpful to have a symbol that only the faithful recognized.

Today, that symbol is anything but secret. It is commonly recognized as something which followers of Christ use to identify themselves and make a statement. Numerous parodies of the symbol exist in popular culture. The darwinian fish with legs being the most recognizable. Christians sometimes even engage in “fish wars” by using symbols depicting the christian fish swallowing the darwinian fish.

Friday night Maureen and I saw the movie “The Soloist.” For the most part, it is a great movie with beautiful cinematography, interesting foley, a great score, impressive acting and a wonderful story.

At one point in the movie we are introduced to a cello instructor who offers to give lessons to Nathaniel, a gifted player who lives on the streets of Los Angeles. It was at this point that I noticed the instructor had a fish symbol on his cello case and I wondered where the writers were taking us. The movie then goes on to portray the instructor as an insensitive, blundering, idiot who only wants to help Nathaniel as a project that will earn him Christian brownie points. The fish symbol here was code for simple-minded, fool who thinks the world’s problems can be solved with prayer and pats on the back. The movie did show Christian ministries serving on the streets of LA and making a difference; but the viewer would have a hard time making the connection between the work of social justice and the Jesus of the Bible. The motivations of those serving were not made explicit.

So, what am I saying about symbols? I guess I am saying that those of us who follow Jesus need to be seen as those who are willing to live out our faith in sacrificial ways that show that we too are committed to the poor and are willing to come out of our clean homes and safe church buildings to sit down beside a street person and find out their story. Our symbols should show that we understand that following Jesus is costly. Perhaps we need to meditate less on the symbol of the fish and more on the symbol of the cross. 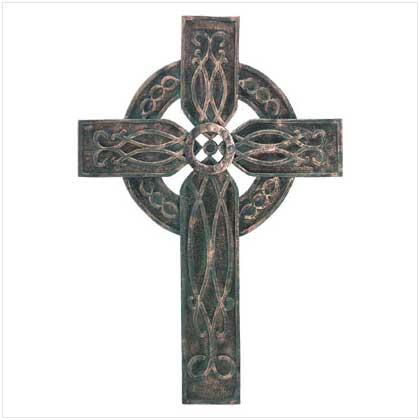